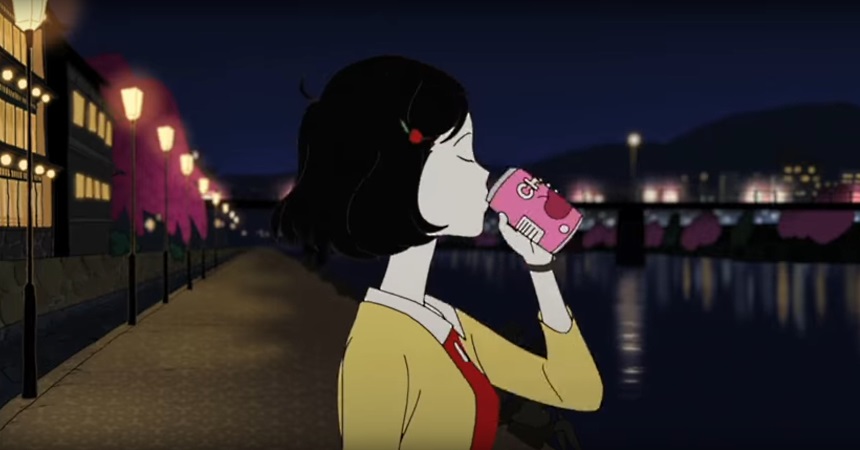 An alternate history where Japan and Germany won WW2, then proceeded to divvy up North America. Most of the book is set in the 80s, in a world of internet devices, and giant robots, ruled by the Japanese emperor. It’s a brutal story at times, but was generally interesting and a good sci-fi time.

If Cats Disappeared from the World — Genki Kawarmura **

I love a good devil’s bargain, and this book is full of them. This was a cute, sweet story about the real things we should value in life, and what we’re willing to sacrifice for life. The small details and strange obsessions reminded me a lot of Haruki Murakami’s style.

This was like three movies jammed into one. It was fine, but I hope they stop doing the massive super hero stuff for a while.

Bizarre and utterly obsessed with liquids. Hard to watch, but also beautiful at times.

A delightful meditation on family. I watched an earlier Koreeda movie called Nobody Knows just after college, and it destroyed me. I mostly forgot about this director until Shoplifters last year, and damn, I loved that film too. I think i only have the emotional wherewithal to watch something he made every few months, but each time I dive into his world, there’s an incredible depth to how he shows the small ways we love and lose each other. Also it’s wild to see You-san in an acting role, and not on the Terrace House couch.

I don’t know where to start with this weird mess of a movie. It was super funny at times, but left a lot on the cutting floor, had an utterly bizarre trans “joke”, and the worst driving scenes I’ve seen. At the same time, it was goofy, cute, and a man behind us loudly said, “that’s her when she was little”.

Well, I’ve finished Shyamalan’s weird comic trilogy. I remember watching Unbreakable in the theater at the mall near my house as a kid. I’d don’t know if that mall even exists anymore, but for a while, you could go to the arcade downstairs, and then watch a movie in the theater near the food court. I was straight-up enamored with Shyamalan at the time. Sixth Sense was fresh on my mind, and Unbreakable was bizarre, but hinted at something wild. Subsequent movies took this M. Night from a must watch icon, to an amusing auteur, and I think that’s great. The Happening is a movie I deeply love, but this trilogy never really lived up to either the mystery or weirdness of his best work. I think in an effort to make a meta-comic movie, he made something that ultimately doesn’t deliver much past a so-so premise that heroes do exist. Which, is fine, but isn’t “he was dead the whole time,” or “the plants!”

The Night is Short, Walk on Girl

Super spooky. I don’t want to spoil anything, but the combination of very good dad jokes, incredibly talented actors, and tight pacing kept this film feeling scary and fun throughout. There’s twists and turns, and a very good boat name or two. See this movie. I’m stoked we get to see more of Peele’s work in the future.

What a cool movie. This tense space flick proved that you can do a lot of sci-fi stuff with less budget. I love media about shitty tech, and this is kind of “what happens when you’re a skint space prospector” angle down pat. This could’ve been a weird Cowboy Bebop live action, but instead tackled the idea from a different angle. Sophie Thatcher rules, too. Wherever this was shot, it was gorgeous.

Season 2 of this amazing show just built on the hilarity and sadness of the first. Waller-Bridges is brilliant, and it’s amazing we get both this show and Killing Eve. Fleabag is a meditation on family, loss, and love. It’s also one of the best shows I’ve ever seen.

The end scenes of every episode give off a really Lynchian vibe. I never listened to this podcast, so I had no idea where the show was going. Julia Roberts is great, and Bobby Canavalle is a delightful villain. The filming was quite nice, with consistently interesting framing.

I loved this movie when it came out years ago, with Saiorse Ronan and a Chemical Brothers soundtrack, and this new adaptation was even better. The score was haunting, and the pacing and characters stayed interesting. I’m not sure if there’s anything left for a second season, but I’d love to see more rad, competent Hanna scenes.