It’s probably clear by now that I love my iPad Pro. I travel with it, write on it, and practice Japanese on it. When Apple announced iPadOS, it suddenly seemed liked my dream of only using my iPad had come true.

With a glance at the home screen, 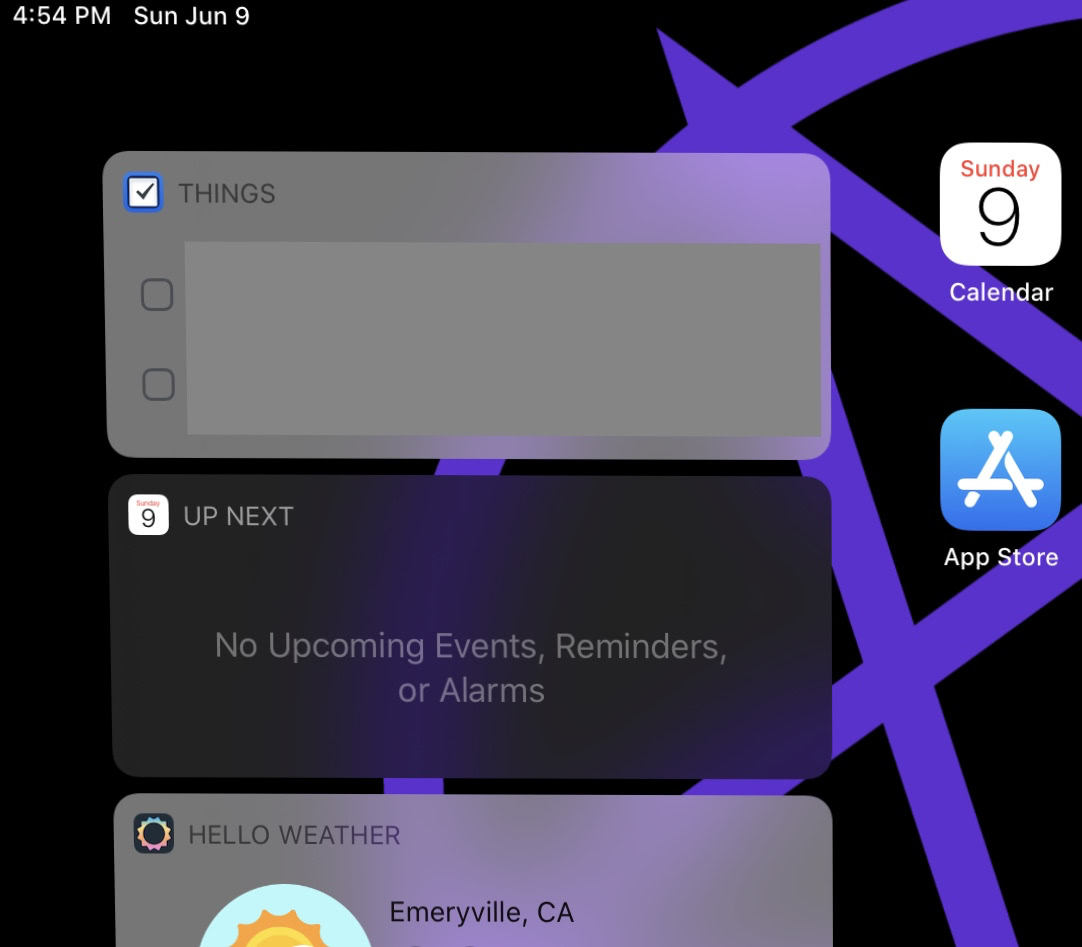 it’s clear that this isn’t iOS 12. Onscreen widgets isn’t exactly revolutionary, but it saves me a slide-over every time I want to check the weather, or which meeting I’m headed to next. It’s pretty cool, and even though it’s in some ways a catch-up to what other platforms have had for a while, I dig it.

Copy and pasting also get a refresh in iPadOS, with three-finger gestures copying, cutting, and pasting. I’m not sure how intuitive it is, but for power-users at least, it should work quite well. I’ve gotten somewhat used to the gestures already. Multiple taps allow for some cool selection specificity, though occasionally this feels more frustrating as I struggle to remember how many taps to select a word. I think this will get better with practice

Ever since I started practicing kanji for an hour or two every day, I noticed I was getting repetitive strain on my thumb and hand. I’m not sure how much this new swipe-to-type will help, but I’m enjoying the faster typing it enables.

This single change is the reason iPadOS is a massive update for so many of us. Desktop versions of websites mean I can finally use Google Docs, or Notion, or Figma without pulling out my MacBook Pro at work. In testing, it seems like it really works, which rules. The first version of the OS just launched, so I’d expect we might see even better support between now and the launch of the OS in the fall.

This sign-in upgrade will come to iPad and iPhone, and is an amazing privacy boost for everyone using an iOS device. By removing the need to give your email address to every service I use, Apple is potentially saving me hundreds of unsubscribes and delete from inbox actions, not to mention all the scraping and ad targeting. I’m very stoked.

I love dark mode, don’t get me wrong, but this update is a small change compared to the rest of the amazing stuff packed into iPadOS.

Column view, quick actions, more metadata, and a downloads folder all mean better file management without a desktop. Apple also added the ability to use thumb drives and hard drives in the USB-C drive, which isn’t really something I need, but seems to be a big deal to a lot of folks.

What it means for me

With iPad OS, I can’t think of a single thing I do on my Mac that I can’t do on my iPad with the exception of working with a very large Github repo (just try downloading and updating a 6gb repo over WiFi, yow). With the addition of Catalyst apps on Mac, I hope that even more developers will devote energy to making powerful and fun iPad apps in the future. This fall will likely bring device updates with minor spec bumps, and likely this time I’ll snag a Cellular version so I can take advantage of Google Fi’s data sim. Until now I’ve always been fine with tethering my iPad to my phone, but international travel makes that impossible due to Google’s restrictions, and since it’s essentially a free add-on, it seems like a no-brainer.

As of this year, I carry my iPad to most meetings, and almost always bring it instead of my Mac on trips—even for work. This new OS ensures that this will keep being the case. Macs will keep being a great option for my desk at work, but more and more, the iPad and the iPhone are where I prefer to do my computing.

If you haven’t checked out an iPad in a while, this fall will be a really good time to do so. You might not love it as much as I do, but it might surprise you.