Before it was clear we were headed for a pandemic, I booked a “treat yourself” trip to Japan. After a great first year at Slack, I wanted a nice non-work trip to really relax and refresh before going back into 2020 with a renewed sense of vigor. Previously, I wrote about my time in Osaka.

Hopping on a call in the morning with Haley, Drl, and Zech was a nice way to start my last morning in Osaka. Background images were quickly swapped, and everyone was both upbeat, and a little stir-crazy. It felt nice to speak English a little, and hear about the bay and NYC.

After packing up my stuff, I headed to Lawson for onigiri, then walked towards my go-to coffee shop. Sadly, it was closed for the morning, so I sat and read until I could grab some ramen. I briefly got a little lost near Osaka station, but eventually made my way to the Shinkansen to head to Fukuyama, then Onomichi.

Transit is the scariest part of this trip.

Every year, the train journeys are one of my favorite part of coming to Japan, but this time, they feel a little more like steel-encased petri-dishes. The train to Fukuyama was busier than I thought it would be, and I sat next to a very quiet older woman for the 2 hour trip. I’d picked up some water and a lemon chuhai to keep me hydrated and chill during the trip, but since I was still reading Chuck Wendig’s Wanderers, I wasn’t exactly relaxed.

Top Tip be careful not to read about plagues while you’re in the middle of one.

A brief stop in Fukuyama meant a small cup sake, then a local train to Onomichi. 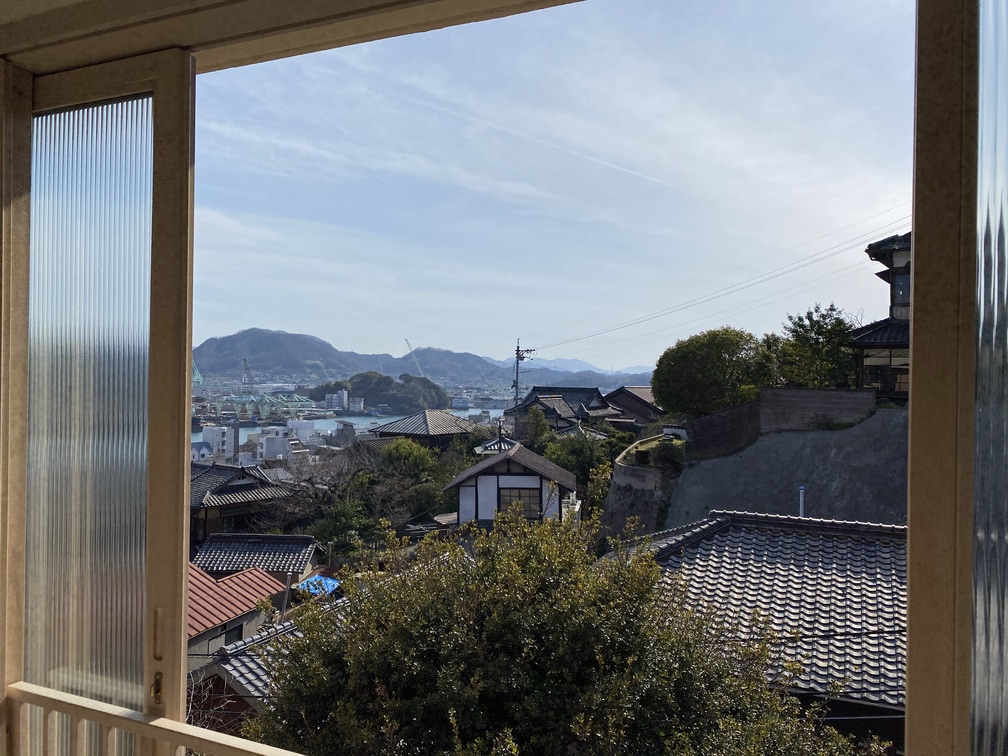 Wow. This town is gorgeous. I fully plan to come back here and spend more serious time when I’m able to in the future. I love the river that runs through the middle of town, and the winding hilly roads and stairs. I learned on my first night that this town is well known for cats. I’m sure somewhere in the back of my head, I’d seen this and taken note, but mostly I came here to stay at LOG and relax a little.

My first day was certainly relaxing after a hike up a hill to get to the hotel. I walked into the lobby sweating profusely and was offered oolong tea. After a brief tour I rested in my room and read. Later I took a long bath (I still can’t get over how wonderful Japanese bathtubs are—they actually fit my whole body), and then got a welcome drink at the bar.

Wow! They had natural wine from Alsace. Honestly LOG felt like a heaven—a retreat and a recharge from my worries. I hope more of you reading this are able to visit in the future, despite the nightly rate being a little steep (~$350 a night). 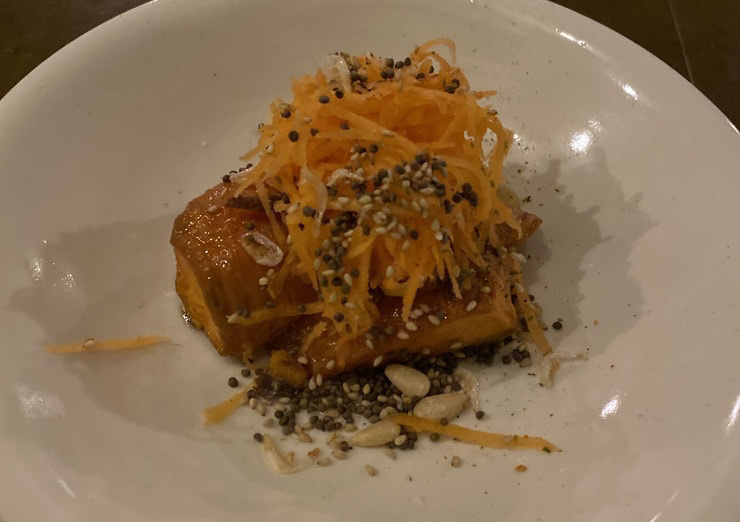 Dinner was a multi-course vegetable-focused feast with more white and whiskey to go with it. The small restaurant could seat 20, but only myself and two other women (a couple?) were there. It was utterly bizarre to be the only guests in a hotel.

I chatted with the waiter and the other guests a little about food, drift-racing, and Slack.

Later I read by my window, and listened to jazz. 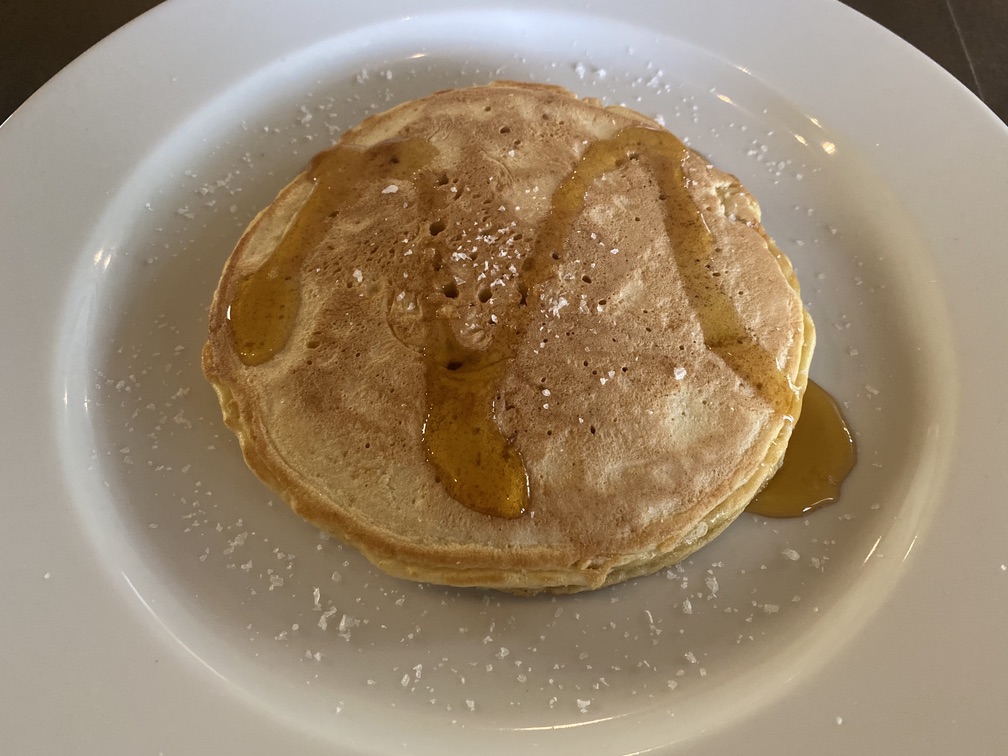 I woke a little before my alarm and got ready for the day. My breakfast was served in the same small cafe as dinner, and included the best pancake I’ve had in years. The maple syrup was delightful and not to sweet, and there was coarse sea salt sprinkled over the top to balance the flavor. 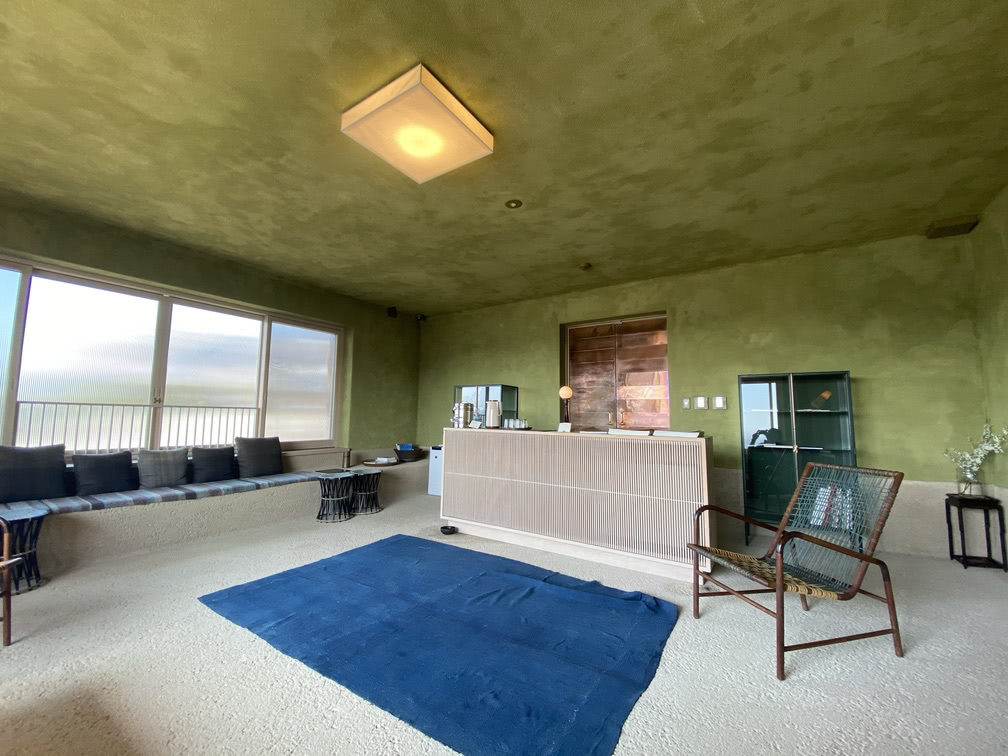 While my room was cleaned, I hung out in the library of the hotel with the windows open, despite the construction on the street outside. The sawing and jackhammering was somehow oddly soothing. I liked the idea that despite everything, this crew was still repairing a mountain path hundreds of years older than my own country. 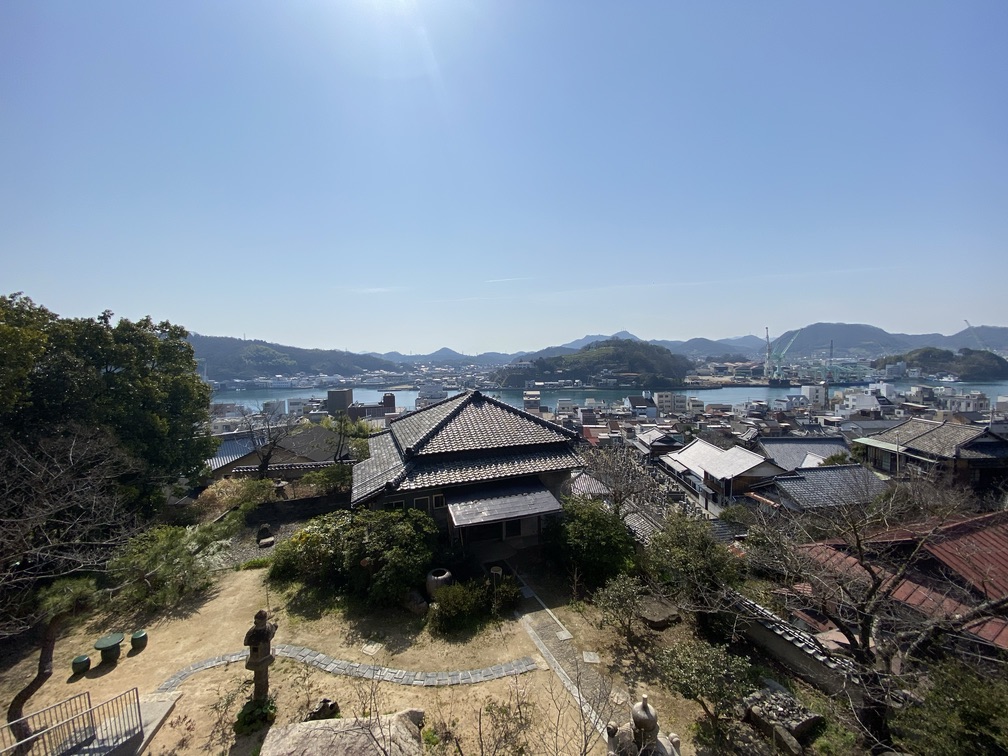 From what I’ve read, Onomichi was spared from bombing during the war, so many of the houses I see around are a very old style, with tiled roofs and small engawas. If it wasn’t for the electrical lines running overhead, my view from the library window would’ve seemed like time-travel.

Later, I walked on the literature path all the way up to an observation point, and also visited the famous Tadao Ando-designed museum. I saw more than a few cats, but fellow was my favorite. We sat together for five minutes or so and appreciated the view. 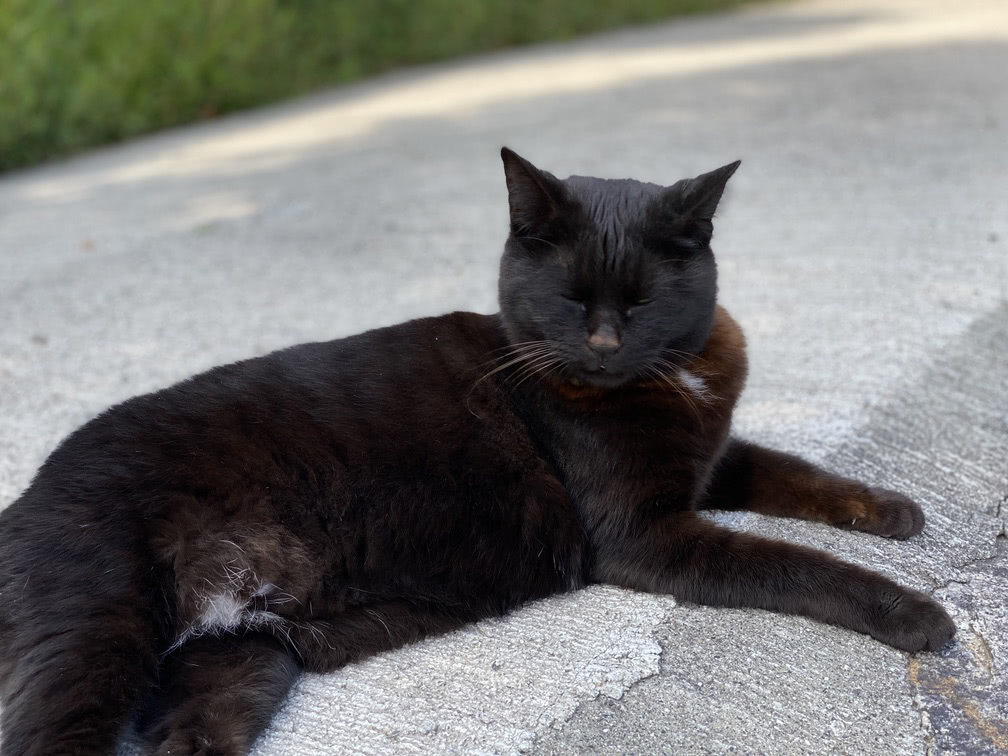 All told I climbed 50 flights of steps during my hike. I only saw one other foreigner, but made sure to greet the older folks I walked past in the neighborhood with a cheerful 「こんにちは！」. 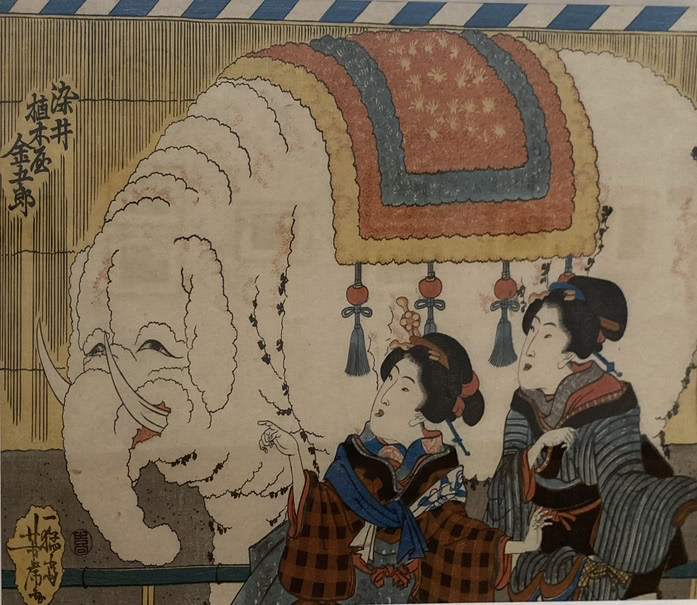 The museum had so much great cat art. I’m not a huge fine art lady, but even I enjoyed the 18th and 19th century Japanese paintings. It was pretty funny to see how white people were depicted in these paintings—all the bearded cello-playing weirdos from Holland and Portugal.

I also saw a mini-museum to the maneki neko while on the short cat alley walk, and later visited a few temples.

Overall, I loved the hike, and all the spectacular views of the city and the hills to the north and west of Onomichi.

After a climb down the hill, I dropped by a 7/11 to pick up cash, then got ramen at a shop that I think used beef lard in the stock. I’m unclear. It was called 牛ちゃん, but the ramen had tonkatsu, and I also got karaage, so who knows. It was tasty though, with a Hakata-style straight noodle.

I made a fresh cup of Haiku-roasted Ethiopian coffee beans, and read for a while before exploring the city more for dinner.

I knew I would be sad to leave this place on Friday.