After 15 years of cycling off and on, I finally made the jump to trying clipless pedals. The short version of this post is: I love them, and feel so much faster and smoother riding around than I did with my old pedals and clips. I’ve become the spandex nerd I feared so long ago. 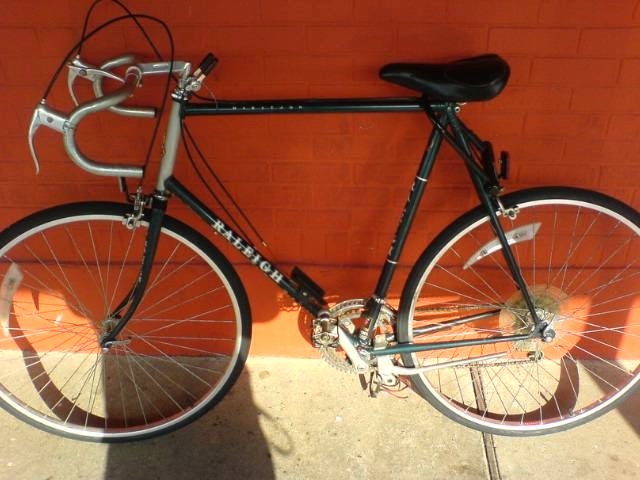 Starting with my first adult bike (a very beaten-up Craiglist Raleigh too big for my inseam), I’ve ridden with toe cages, also known as toe clips, which allow for more power transfer than a plain pedal while still wearing a regular shoe. When I first got that Raleigh, the downtime shifters quickly broke free of their cables, making it a very broken single-speed. I took it to my friend Marsha’s shop at the time to get help, and a few weeks later, rode away with a fixed-gear bike that I had no idea how to ride. Hilariously, this mistake coincided with the rise of the cool track bike so I got to vaguely pretend to be part of that crowd. Any good fixed-gear needs good toe clips so you can skid, so I dutifully learned how to use my MKS GR9s and MKS clips rain or shine.

Once I got comfortable, or as comfortable as I could be, I realized the frame was entirely too big, as shown by the seat tube being basically invisible, with my seat barely poking over the top tube. No good. I found a Panasonic frame on Craigslist in a weird purpleish-brown color for something like fifty bucks, and quickly swapped my parts over with the help of a friend’s shop tools. 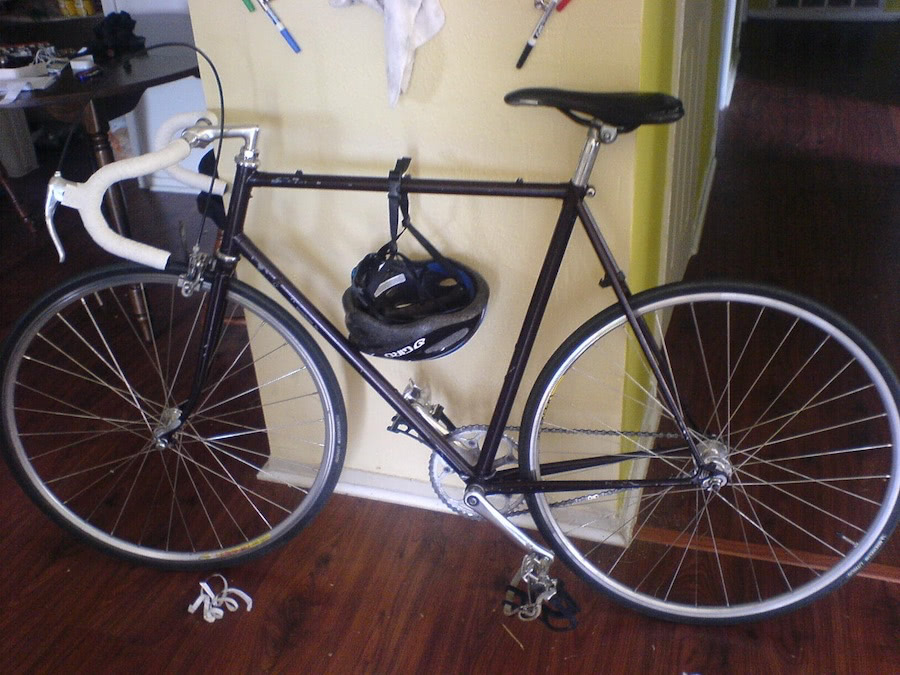 These were also the days that I spent tooling-around on friend’s bikes, either helping them convert to single-speed, fixed-gear, or just changing-out tires and such. My hands were pretty greasy all the time, I drank a ton of beer, and seen my days idly riding around East Austin. A pretty solid way to spend your early 20s I think.

The nicest part of a fixed-gear bike is that I quickly learned everything I needed to know to repair and diagnose issues with it. There was no complexity of shifters or cables, and only a delicate dance with the rear axel to tension the chain. I couldn’t afford nice tires, or tubes really, so I got very good at repairing things as well.

I rode that bike with the MKS pedals (thanks to friend’s bike shop discounts) for years until one day the bottom-bracket stays completely shredded while on a group ride, and the front chainring slid directly into the frame, stopping me in my tracks. Once I figured-out the frame was toast, I mourned my weird bike, and saved-up my pennies to get a Surly Crosscheck. In the time that I’d ridden thousands of miles on my Panasonic, my friends had moved-on to randonneuer bars and touring geometries to go bike camping. They’d also adopted (gasp) gears! 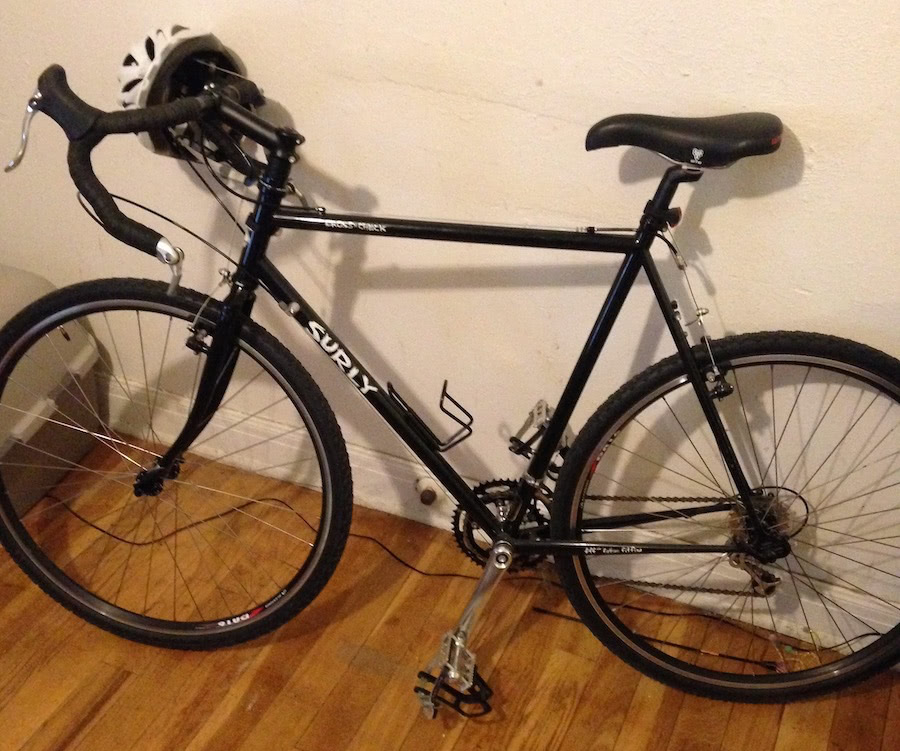 With a little more money from a slightly better job, I bought my first new bike ever, and it had a shifter and was better-suited to the gravel of Town Lake and busted roads than my 23mm rubber-clad road bike. I hoped I might even get less flats, and it turned-out to be true.

When I moved to the west coast, I brought my cat, and a small box of stuff. Everything else either got sold, or given away, with my Surly being in the former list. I didn’t think I could find a good way to transport it for 3 days of driving, and decided to just buy another bike. he bike I did buy, which served me well-enough for a few years, was a Swobo with an internal three-speed hub.

It wasn’t fast, it wasn’t black, but it was easy to ride. It got me across the various bridges in the city, with a lot of ice and rain riding. The whole time, I missed my drop handlebars more than I missed my gears. Eventually, I had a pretty awful crash that broke my hand (partially due to the flat bars), and just stopped riding for a bit as I healed. I got into yoga and powerlifting instead. I brought my Swobo with me on my next move, as I brought a lot more than a small box due to my company helping me out with a truck and movers. 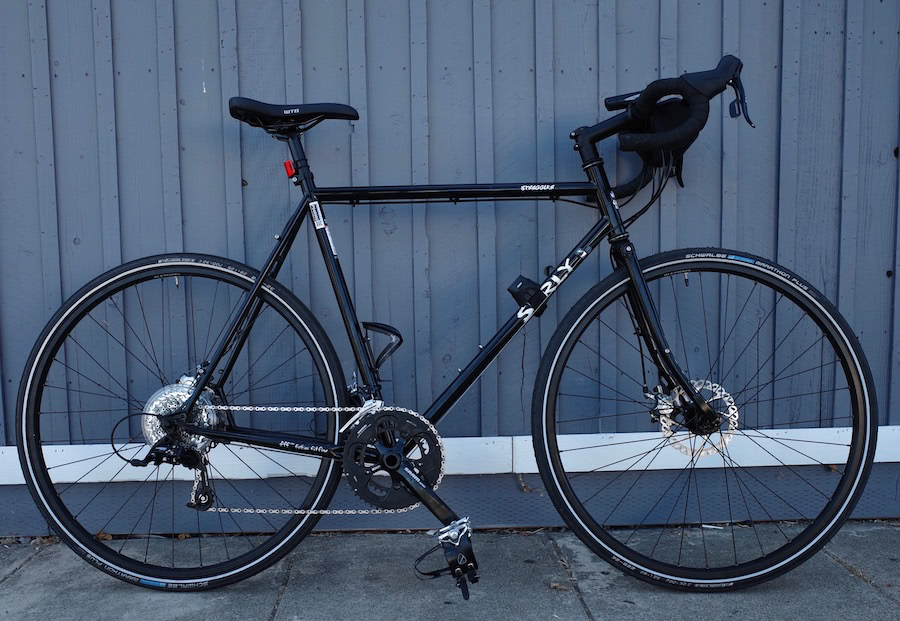 A year passed, and I rode infrequently. My commute was on a bus, and once I was in the city, walking made more sense. I didn’t have to worry about my bike getting stolen, and I had plenty of time to think and doom scroll.

At the beginning of 2020, I realized most of why I wasn’t riding was due to my fear of the flat bars, and the knowledge that no matter how fast I wanted to be, three gears wouldn’t get me there. So, I again bought a Surly—a Straggler this time. Disc brakes are great for the rain, which I learned well in Portland. I stuck with steel, as I knew as a big lady I would benefit from the frame strength and bombproof nature of it.

I started riding a bit more, but really got back into it during the quarantine as my friend Haley also started riding in earnest. I wasn’t fast, and I sucked a lot of wind. The fun was back though! Between my Salsa drop bars, and my excellent SRAM shifters, I could go fast and get my whole body into the sprints. 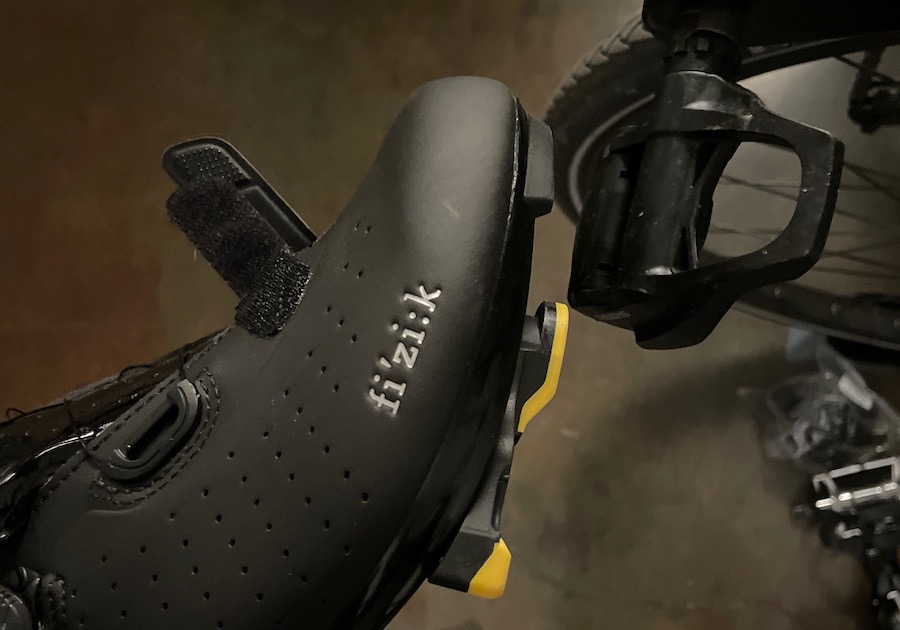 Videos changed things again. The more I rode, the more I was thinking about cycling and my traditional dislike of spandex and clipless shoes. I started watching GCN videos after realizing they were actually kinda fun and silly, and the various segments on road cycling and clipless pedals convinced me I could give it a go.

It’s scary sometimes! I got beginner SPD SL pedals with yellow cleats and a nice pair of Fizik shoes. Putting them on and clipping in for the first time was exciting, but I spent a while in my house clipping in and out to get a basic idea of the foot movement I’d need to prevent tipping over.

What I didn’t count on was the weirdness of missing the second foot clipping-in which meant either an off-balance moment or a bizarre feeling slick pedal. These SPD pedals are single-sided, so unlike the MKS Sylvan Next pedals I had previously with clips, they can’t really be pedaled on the bottom side. I started riding a bit every day when it wasn’t super rainy, and mostly they started to feel ok.

A week or so into using my new pedals, I met up with Haley and André at the Emeryville Marina for a bit of a jaunt around town, but forgot one of the key rules of clipless pedals—make sure you don’t stop in a high gear, or you won’t be able to move forward well. My track stands have always been terrible, so when I got to the very end of my ride to meet my pals, I stopped, then realized, “hey, I should turn and ride a little more” and instead I just fell down.

Luckily I only had a few bruises after falling, and mostly laughed it off, and rode another 6 miles. It was a good reminder to keep thinking while riding, and to plan ahead a bit more. I feel like falling in clipless or clip pedals is a right of passage for cycling, and ideally, you get back up and try again.

One day maybe I’ll be an ok cyclist. Next up? An indoor trainer, and maybe even some blue cleats.